One free bus route turns things around in Columbus, Ohio 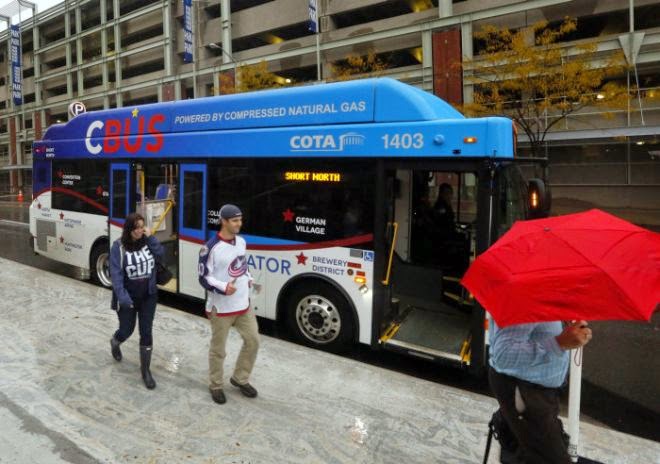 The Columbus Dispatch: "Ridership on COTA buses in 2014 reached its highest level since 1986 as the free Cbus Downtown circulator exceeded expectations.

The 19.3 million trips taken on Central Ohio Transit Authority buses last year was about 3 percent higher than in 2013. Of the 550,000 trips the authority added last year, about 348,000 were on the Cbus, which started running between the Short North and Brewery District in May.

The circulator has far exceeded COTA’s projections, said CEO Curtis Stitt."
Posted by fpteditors at 12:25 AM